CactusJones
Phoenix Academy
100
·
370
·
over 7 years
Video Analyst role is to film the game for coaching purposes. Meaning they’ll be filming zoomed out to a point where everyone looks like ants.

They use to it to improve players position and coaching analysis via formation and set ups.

It is very different to what we see on tv and if I am honest, I will not sit there and watch a game where I can’t really see the ball, and not know what’s going on.

A video analyst isn’t your camera man, they literally have a handicam and turn the camera at certain points of the match, so if we are to watch the footage of a video analyst, half the time it may just be footage of Pijnaker and Boxall standing there to understand how they set up while we’re on attack etc, and The Gambia goal won’t be in view.

Coming from a marketing perspective, it’ll be a terrible product to put out.

Would prefer a stream, hoping NZF can tie that together.

But don’t get confused between a video analyst and a camera man please. Two very different roles.
November 10, 2021 12:19

watching_from_far
WeeNix
160
·
690
·
over 9 years
Unless he is sending instant feedback down to the coaching staff on the sideline. Then he can probably man another camera that can zoom in.
Roy, Bailey, Gould all on the side line. I'd send Rory up.
Managers role realistic during a game??? Kit man?

How confident do NZF need to be, switch on camera, press stream, done.
What marketing was around the last 2 games?
November 10, 2021 12:51
Reply Report

theprof
Legend
3.3K
·
12K
·
almost 15 years
getting the payers game time is great, not having any coverage for the fans is, as you say, annoying but not life threatening. I can see it from both sides, it must be tough organizing games let alone getting coverage for the fans, but then how hard is it to get a local broadcast team together to cover both games and sell it to sky or spark sport?
November 10, 2021 15:30

That was actually quite insightful. But, yes. I know the video analyst and a camera man/crew would have different objectives. Some of us are just that desperate for any kind of coverage!

Khalil Media
WeeNix
810
·
820
·
about 13 years
Agree with earlier comments, film for coaching analysis and film for broadcast are completely different.  There are multiple options in the UAE for securing the latter, and I'd like to think these are being investigated.  The UAE has taken a different approach to Covid and things are a bit more open, so I don't think the pandemic is a valid reason for not being able to find a crew to do a livestream broadcast.

So I will remain optimistic that something will be ready to watch on the day - as said earlier, something equivalent to the YouTube stream from the Canada match would do the trick in the absence of any other options.
November 10, 2021 20:35

There's only one reasonable conclusion here Milts; there's obviously no Wi-Fi in the UAE. What else could it be??
November 11, 2021 07:45
Reply Report

It was also cool that the tv coverage and the TV1 sports news highlighted the fact more than once. Nice!
November 11, 2021 19:18
Reply Report 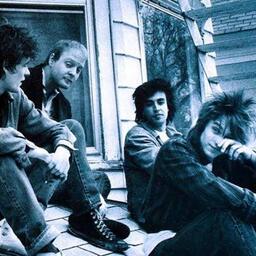 Rock Hopper
Phoenix Academy
430
·
260
·
10 months
All Whites have confirmed the Gambia match will be broadcast on Sky Sport with delayed coverage on their YouTube channel. Better late than never!
November 12, 2021 15:25

Unusual to have a match both live on Sky and available an hour later for free on You Tube. Best of both worlds:
https://www.nzfootball.co.nz/newsarticle/109683?newsfeedId=1175318

"The All Whites play The Gambia this Wednesday (17 November) kicking off at 5am in New Zealand. The game will be broadcast live from Dubai with coverage starting from 4:30am on Sky Sport 1, Sky Sport 7 beIN Sports and streaming on Sky Go and Sky Sport Now. Delayed coverage of the full match will appear on the New Zealand Football YouTube channel from 8am. Fans now have the option of how they want to watch the game..."
This is where you will be able to watch the whole game for free on YouTube:
https://www.youtube.com/c/NewZealandFootball
November 12, 2021 20:29 · Edited November 12, 2021 20:33

Big Pete 65
Starting XI
1.2K
·
4.7K
·
about 14 years
And they were watching a former Chatham Cup winner out on the field for the Black Caps in Adam Milne (Wairarapa United). Not a bad footballer before the cricket took off.
https://www.stuff.co.nz/sport/9609959/Q-and-A-with-Black-Caps-speedster-Adam-Milne
2014:
Q. You played in a Chatham Cup winning football team [Wairarapa United] in 2011. Is the football career on ice now?
"That was a good bit of fun, but I don't know how much longer I can do it for now. It might be frowned upon by NZC if I got injured playing football."
Q. Did football ever take precedence over cricket?
"It did at high school for a while. I stopped playing cricket for a couple of years; my brothers both played football and I just followed them. Then in sixth and seventh form I got back into cricket and started making a bit more progress and thought it was time to give it a crack."

Lots of the Black Caps would have been excited to meet the All Whites too.
Always have been close links between the Black Caps and football, even a few dual internationals.
Richard Hadlee was goalkeeper for leading Chch club Rangers in the Southern League in the early seventies.

Nathan McCullum was one of Otago's best strikers in the late 1990's / early 2000's:
https://www.espncricinfo.com/story/firdose-moonda-speaks-to-nathan-mccullum-556982
"I love football. I was probably a better football player than I was a cricket player," he says. A one-time holder of the golden boot for Southern League club Caversham AFC, with 19 goals in a season, McCullum was a prolific striker.
"The more I watch football, the more it makes me want to play."
Wiki:
"He scored two goals for Caversham in the 2003 New Zealand National Soccer League.... In 2017, he debuted for Auckland division 2 team, the mighty Ellerslie Diamonds, pulling his hamstring within minutes."
November 12, 2021 21:31 · Edited November 12, 2021 21:33

The team prepare for the match with a behind closed doors warm-up game against Algeria’s FIFA Arab Cup side tomorrow morning (Saturday 13 November) kicking off at 5am (NZT). The team line-up, half-time and full-time scores will be published on the New Zealand Football social media channels along with images from the game.

I'd be very surprised if there are any good updates. I remember similar updates promised before a closed doors at the Olympics vs the Aussies! We got one at half time and one at full time.
November 13, 2021 04:59
Reply Report

coochiee
Legend
4.6K
·
13K
·
over 7 years
Interesting is a back 3. Still suspect M Boxall will miss The Gambia, and head back Stateside early. Debut for De Vries.

McCowatt to play deeper it seems as he did very effectively, when coming on against Japan in that Olympics QF.

siac
First Team Squad
1.2K
·
1.6K
·
about 15 years
As unimportant a match it may seen, you'd imagine for very fringe guys like Collier, De Jong, Kalua, De Vries it's actually quite an important match if they want more chances.
November 13, 2021 05:11

coochiee
Legend
4.6K
·
13K
·
over 7 years
Yipe with A League guys possibly available for January FIFA window (if games happen), and highly likely available for the March OFC tourney - will be very much last chance to stake a claim for some of the guys you mention above.

Though wouldn't surprise to see Hay take a large (maybe even 30 man) squad into that OFC tourney with about 5 games over 2-3 weeks, and big names like Wood really only needing to come in for knockout phase onwards - helping keep their clubs happy.

AucklandPhoenix
Lawyerish
1.3K
·
4.5K
·
over 11 years
No idea on the quality of the game or opponents but nevertheless any time and game together is good and solely based upon the score line it was competitive and a wins a win
November 13, 2021 07:29

coochiee
Legend
4.6K
·
13K
·
over 7 years
https://www.nzfootball.co.nz/newsarticle/109691
The men’s national team warmed up for their upcoming international friendly against The Gambia with a 2-1 win over Algeria A in a behind closed doors game at the Maktoum bin Rashid Al Maktoum Stadium, Dubai.

The All Whites took the lead in the 16th minute through Andre de Jong. An early cross from Francis de Vries, called into his debut national team squad, found de Jong in the box who headed it past the Algerian keeper.

The lead was doubled just after half-time through Callum McCowatt, with the FC Helsingør forward scoring from a freekick in the 47th minute.

The Algerian side got one back in the 68th minute but it wasn’t enough as the All Whites came out on top.

After the match head coach Danny Hay was pleased with the result but noted there was room for improvement:

“It was great to give some of the boys who haven’t had as much of an opportunity in the previous games a chance tonight, they did well.

“Great to get another win but we know there were a number of areas we need to look at ahead of The Gambia game so that’s what we’ll be working on over the next couple of days.”

Kelvin Kalua, who made his All Whites debut last month and has been on trial in Denmark between windows, without any success, started at right wingback, while new callup de Vries, who is hoping for a debut against The Gambia, started at left wingback.


Teenagers Matt Garbett and Marko Stamenic formed a midfield duo and Elliot Collier and de Jong were up front. McCowatt is understood to have played between them as a No 10.

There was no information immediately available about any substitutions, though attacking midfielder Sarpreet Singh was set to be rested as he is nursing a knee niggle. Left back Liberato Cacace, right back Niko Kirwan and forward Joey Champness could all be seen playing in photos of the match.

andrewvoerman
Getting paid to be here
590
·
930
·
almost 5 years
Have updated as can now see Joe Bell and Elijah Just in photos as well. That would leave just Singh and Wood and the two other goalkeepers unused, which would make sense.
November 13, 2021 08:41