For want of any other place to put this, I see a big game in Japanese football this weekend.

Last round of J1 League.

So would take an almighty choke by Marinos to not be crowned champions. On a 6 game winning streak, over a pressurised end to the season.

Think I read somewhere that Marinos compared to some of the other J1 clubs, have a sufficiently lower budget.

Impressive club coaching record Postecoglou, surely up with the best to ever come out of Aussie.

Wonder if he is on coaching radar of any bigger European clubs. From memory he coached a 2nd tier Greek side at one stage, before coaching in the A League.

After earning 80 caps for Australia, Mark Milligan has officially announced his retirement from international football. #ThanksMillsy

New Socceroos moniker required when Caltex switches to Ampol. Now that’s a brand name from the past; from memory it’s an acronym: Australian Motorists’ Petrol, Oil and Lubricants ????

Have we got his brother? Reno?

Piscopo starts for the Olyroos tonight.

Piscopo opens the scoring with a stunning free kick

That was his last kick of the game as he was subbed off afterwards. 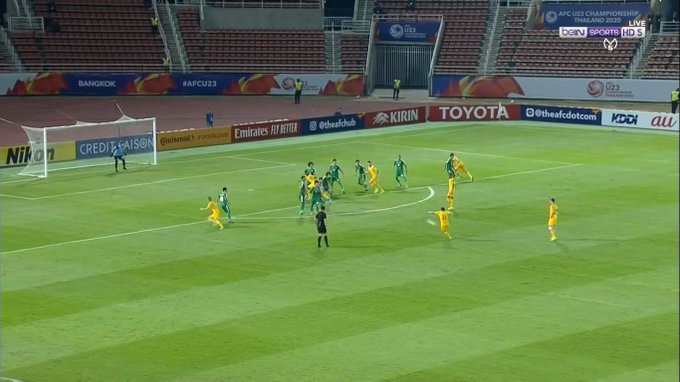 He hit that from Wellington!

Olyroos come from behind to win 2-1, brace by Daggers. Piscopo picked up the assist for their first.

Some great work from Piscopo in the highlights.

the scoop was lovely!

Got another assist this morning for the goal v Bahrain. 2 assists (and the 'pre-assist') and a great free kick for Piscopo so far - he's carrying this team.

Toure with the winner at 101 mins.

Arnie's Olyroos with 57% possession, but Syrians more shots on goal.

In the semis they will play winner of South Kora v Jordan QF.

Need to win that, or lose and win the 3rd placed playoff to make Tokyo.

All in all means Piscopo definitely misses the Newcastle game.

Piscopo benched for the semi

Subbed on in the 66th minute with Olyroos down 1-0.

Piscopo picks up a yellow late.

Australia will need to beat Uzbekistan (lost to Saudi Arabia 1-0 in other semi), in 3rd-4th playoff to make the Olympics.

Olyroos are off to Tokyo.

Uzbeks had a sub come on at 53 mins, only to be sent off 6 mins later! Costly.

Piscopo replaced at 86 mins. He's had a lot of playing time in the Thai heat and humidity, so will probably appreciate the week off with his Nix team mates. Started 5 of the Olyroo's 6 games over 2.5 weeks. Only game he didn't start (still got 25 mins off the bench) against Sth Korea, they lost.

Can Olyroos be in same pool as Oly Whites in Tokyo?

No surprise Socceroos pull out of June-July's Copa America.

Also looks like they will have to postpone their scheduled 25th March home WC qualifier against Kuwait, though may still play the 30th March away game in Nepal. I guess with no A League players (2 weeks MIQ required upon return to Aus). So a Socceroos side of Euro and Asian based players.

A warm up game against a Euro AWs, somewhere on the continent in March before flying to Katmandu?

The Socceroos will conclude their latest round of 2022 World Cup qualifiers by playing four Group B matches in the May 31-June 15 hub.
The hub location is yet to be confirmed, although Qatar is reportedly favoured to host the matches.


Arnold confirmed the dates for the Socceroos four matches.
Australia, who lead Group B with 12 points from four matches, will play Kuwait on June 4, Chinese Taipei on June 8, Nepal on June 12 and Jordan on June 15.
The amount of matches in a short space of time, as well as hardly any preparation time because of players being on club duties until the FIFA international window starts on May 31, will lead to Arnold selecting an extra large squad.


“I haven’t seen them for 19 months and we’ll have three training sessions together (before the first game),” Arnold said.
“I’ll bring 34 players because we’ll have four matches in 12 days.
“Putting the injuries to one side as well, if we get four or five players who get COVID, we have to make sure we have enough players in the hub wherever it is.”

With such a big squad to be named, Arnold won’t have any hesitation including a strong contingent of A-League players if their form warrants selection despite the competition being no certainty to go into recess during the international window.
“We have the right to be able to call the players in because it’s a FIFA window,” Arnold said.
March 06, 2021 16:32 · Edited March 06, 2021 16:32
Reply Report

coochiee
Legend
3.2K
·
10K
·
over 6 years
Could be a club verus country war brewing come May. A League is down for finals series in June, so looking like a clash with Socceroos.

Arnold is looking to pick a large squad of 34 players for AFC qualifiers, that is bound to include some A League players.

Maybe A League will go into a 3 week break? FFA Cup games? Given it already faces a huge off season before the 2022 A League (winter?) starts.

But then if you delay final series by a few weeks, risk clashing with pre Olympics (July-August) prep for Olyroos & Olywhites.

I presume by late May, any A League footballers would be eligible for the Covid vaccine, so could return to Aussie without 2 week MIQ requirement??

Graham Arnold revealed he is set to call on up to 34 players when the Socceroos reunite for the first time since November 2019.

With matches against Kuwait, Chinese Taipei, Nepal and Jordan slated to take place between 31 May and June 15, the Socceroos Head Coach is preparing to accommodate the challenges of such a tight schedule.

RR
·
Bossi Insider
4.6K
·
28K
·
over 13 years
coochie wrote:
Maybe A League will go into a 3 week break? FFA Cup games? Given it already faces a huge off season before the 2022 A League (winter?) starts.
The A-League has to finish before the end of June, it is in the broadcast deal. Atm I'm starting to wonder where the 4 unannounced rounds are going to be played, so zero chance of a break happening.
March 24, 2021 17:19
Reply Report

That's if they can get the vaccine early to return back to Aussie, and avoid 2 weeks MIQ.

Arnold wants a large 34 man squad for those final AFC first round qualifiers. With no contact time with his Socceroos squad since early 2020, and the 2nd round of AFC WC qualification being tough (Socceroos had to go through intercontinental playoffs last time - imagine if they had drawn Peru and not us!!) - I see him insisting that any A League players he sees as central to his future plans, have to travel to Kuwait in late May.
March 24, 2021 19:44
Reply Report

Should be able to cobble together nearly 15 U24 players in Europe, plus 3-5 over age (oa) guys. Most Euro leagues bar Scandanvia finished by May 30??

Chance to have an early look at the Romanians.

The tournament was originally to be held in France from 30 May to 13 June 2021.[1] On 30 April 2021 the tournament was postponed to autumn due to the logistical problems caused by the COVID-19 pandemic.[2]

Maybe a double header of Oly Whites v Olyroos matches either in Europe or Japan, pre Olympics start. Most of the players from both final squads will likely be European based.
May 03, 2021 14:54 · Edited May 03, 2021 14:56
Reply Report

coochiee
Legend
3.2K
·
10K
·
over 6 years
See some info on Olyroos buildup from a few weeks ago. Obviously that tourney has now been scrapped, but they still have 4 friendlies in the pipeline once in Nippon. Why does NZF or Hay never realise this sort of info?

https://www.socceroos.com.au/news/its-group-dreams-arnold-meulensteen-and-vidmar-react-olyroos-draw
Arnold: "At the start of June, the overseas-based Olyroos will be given a chance - there will be a camp and a tournament that they will play in. The boys here in the A-League will stay and finish the season out and all the clubs will release players for us by June 30, so the boys can be in Tokyo for July 1. There we will have a good three-and-a-half week preparation over in Tokyo, where we will have four friendly games and be ready for that first game."

coochiee
Legend
3.2K
·
10K
·
over 6 years
Langerak retires from Socceroos. Arnold's 34 man squad naming must be very soon. Interesting to see what A League players will then miss finals series.

In fact as squad assembles in Middle East from May 23rd (next Sunday), could expect some of Risdon, Ikonomidis, Duke, Federici, Milligan (still a Socceroo?) etc to be missing for Nix's last few games.

RR
·
Bossi Insider
4.6K
·
28K
·
over 13 years
Milligan retired iirc. Duke is probably the only one likely to be missing. Ikonomidis is class but your not gonna select him on the basis of a couple games after such a long injury lay off.
May 15, 2021 15:03
Reply Report

coochiee
Legend
3.2K
·
10K
·
over 6 years
There's talk that with Langerak retiring from international football, Federici could now be 3rd keeper, or Arnold may even pick 4 stoppers in a 34 man squad.

Duke probably won't make the squad. Talk that Nikita Rukavytsya will be recalled from the wilderness, as well as James Holland.

Pity that Nix play Melb City tomorrow, rather than next weekend, as MacLaren will be off to the Middle East for sure.

Four current A-League players – Connor O’Toole, Luka Prso, Ramy Najjarine, and Dylan Ryan – have been made available by their A-League clubs to participate in the window. Football Australia acknowledges Newcastle Jets and Melbourne Victory for their support of the Olyroos’ preparations for Tokyo 2020.