AllWhitebelievr
Starting XI
0
·
2.7K
·
about 15 years
Watched him played for Wanganui High School against Palmerston North Boys High, definitely a central midfielder who can read the game better than most adult midfielders in the central league soccer.

Great vision and anticipation, tidy, hardly makes a mistake, always knew where his players were, has a great first touch, rarely been troubled by anyone pressuring and so makes things look easy running the midfield by himself with good distribution skills. Even though it was schoolboys football, he can easily see him bettering Adult players. He is that sort of player of talent.

He reminds me of Patrick Vieira's playing style. He is definitely a star in the making. He could end up playing in the future All Whites Centre Midfield, if we look after him well.

AllWhitebelievr
Starting XI
0
·
2.7K
·
about 15 years
aitkenmike wrote:
Definitely played in the midfield in Mid Central for Wanganui High/Athletic reserves - shutting him down was the main reason we got the 0-0 draw.

It was unusual to see PNBHS having at least two and maybe three boys to put the squeeze on one boy, but if they didn't they would have been on the back foot. Lucky the rest of the WHS team, save maybe one of their wingers and one back, weren't quite up to your overall team work. Forcing him to pass to the weaker teammates was the only thing PNBHS could have done to even things up.

However the PNBHS young tall 15 year old midfielder despite the tough assignment he was given, did fairly gutsy and desperate effort, he and the other kid had a long day at the office containing "Mumba". Shame that PNBHS lost the PSO but it was an exciting end to the match. I has been a long time since I watch Schoolboys Football and it was at a very good level.AllWhitebelievr2009-11-22 14:32:14
November 22, 2009 14:29 · Edited September 09, 2012 17:44
Reply Report

Better it's an NZ player gaining the experience than we use the spot on an Aussie youngster.

el grapadura
Woof Woof
2.7K
·
19K
·
almost 15 years
Well, we need to fill out our youth spots. We have reasonable depth at CB - he'll pretty much be 5th choice there, so there's no danger of him being thrown in the deep end before he's ready.

He gets to be in a professional environment, training every day with seasoned professionals, and has every opportunity to improve his game and become a good professional player himself. It's all up to him now.
June 01, 2010 12:09 · Edited September 09, 2012 17:44
Reply Report 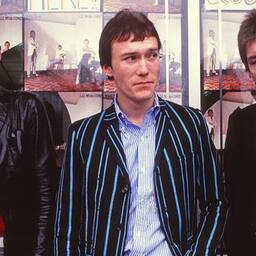 UberGunner
Starting XI
170
·
4.7K
·
about 15 years
Hard News wrote:
Like Michael McGlinchey then... or Tommy Smith...
If you are worred about the prospect of him being picked up for the English U21 squad then the nix have just made a brilliant signing.

martinb
Legend
3K
·
12K
·
almost 15 years
UberGunner wrote:
Hard News wrote:
Like Michael McGlinchey then... or Tommy Smith...
If you are worred about the prospect of him being picked up for the English U21 squad then the nix have just made a brilliant signing.

There's talk of a lot more midweek matches this year isn't there?

Be good if a sponsor could get on board specifically for those midweek matches, a kind of ranfurly shield like competition or something, so that there is something in it for the players and the NZFC teams.

Surge
·
Can I have some lungs please miss
1.1K
·
7.5K
·
almost 15 years
Smithy wrote:
There's a game tomorrow night vs Stop Out.  Presumably at Porirua Park.
Not sure I'm supposed to tell you that though.
Oh well.

Saw it on Twitter this morning so it can't be that TS!

There you go then.

If not..
Why has he been overlooked from NZ selectors? Are there better CB's out there than him?
Is it a problem that our NZ age grade selectors can't find the same talent a professional club can? But then again there is a thing called "potential" and he could develop to become bigger and better than any of our current U17 rep's.

el grapadura
Woof Woof
2.7K
·
19K
·
almost 15 years
Luis Garcia wrote:
I think that tristan pratley from Otago whos a finalist in the retro ricki scholarship seems like a decent LB, as is Adam Smith from Nelson Suburbs. But we did need a young defender.ï¿½

loyalgunner
Marquee
2
·
6.6K
·
about 15 years
UberGunner wrote:
robags wrote:
he's english not kiwi
he has spent 2/3 of his life in NZ so he is more Kiwi than Brit.

And I was under the impression he was born in Zimbabwe.  So I'd say more Zimbabwean and Kiwi than British.

SouthernManOnTour
·
First Team Squad
69
·
1K
·
about 15 years
playwithFire wrote:
Im pretty happy with this signing, would have preferred a young left back though. Maybe he can develop there?
Young left back = Co winner of the youth scholership Tristan Prattley from Otago.
Just out of curiousity, how many U-20's do we have atm? Just 2? Musa and Rojas?
June 01, 2010 16:00 · Edited September 09, 2012 17:44
Reply Report