Fabulous player for City and England: Unbelievable stamina allied to great skill & technique. The fact that his career was wrecked at 29 by injury leaves a few "what ifs"... 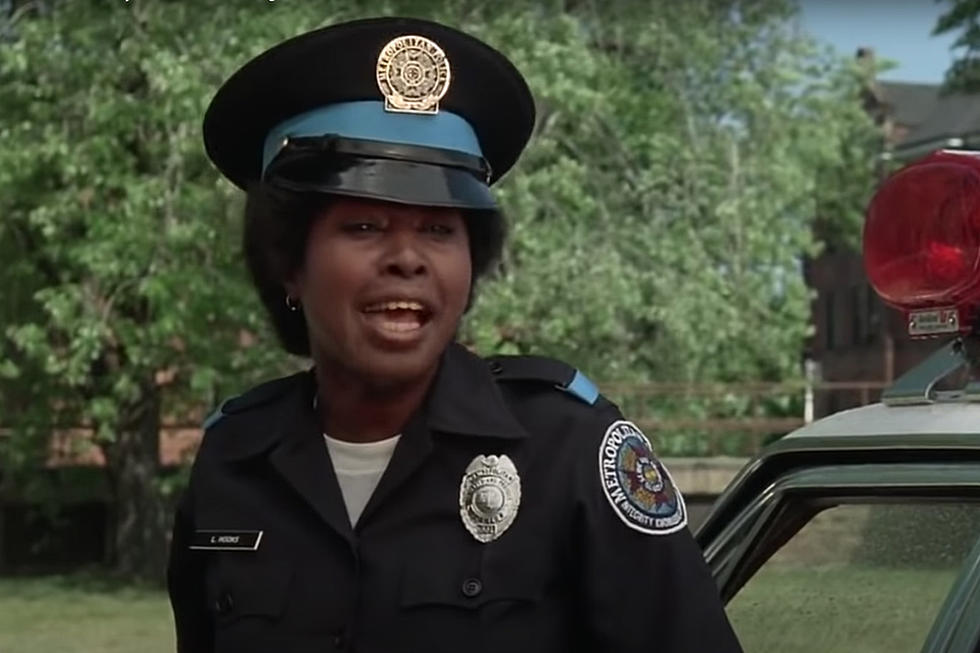 Marion Ramsey, who starred as Office Laverne Hooks in the Police Academy franchise, has died.

Deadline reports that Ramsey's death at age 73 was announced by her management team. Although the cause of death has yet to be revealed, they noted that she had been ill recently.

Martin Buchan of Man Utd. The reds were getting a pasting at the time...

Jim McClean, Passed away before Christmas, Dundee United had a memorial for him today before their 2-2 draw with St Johnstone

Played for Hamilton, Clyde, Dundee & Kilmarnock then took a coaching job at Dundee, shortly after he was offered the managers job down the road at Tannadice - that was 1971, it was a role he stayed in until 1993 and took United from being a corner shop club to the heights of Europe.

Got to semi final of the European Cup in 1984, losing 3-2 on agg to Roma after being 2-0 up at home - Roma have since admitted that they bribed the ref in  second leg game which they won 3-0.

in 1987 beat Barcelona home and away on their way to the UEFA Cup Final, where they lost 2-1 on agg to IFK Gothenburg

Played a fantastic and admired style of play, was miles ahead of the game, getting in dieticians and analysts long before they were considered the norm

He also got the club to seven Scottish Cup finals, but unfortunately was unable to win that trophy (United finally won it the first year after he stepped down as manager)

Moved into role as Chairman after stepping down as manager, which lasted until 2000 when he took exception to a reporters question and thumped him!

Was also, along with Alex Ferguson,  Scotland assistant manager to Jock Sten

To put his achievements into context, Dundee United get an average gate of around 8000 and had never won a trophy before he came along, he put the club on the map and made United fans of the 80s believe it was completely normal for them to reach at least the quarter finals of European competition every season

RIP Wee Jim and thank you 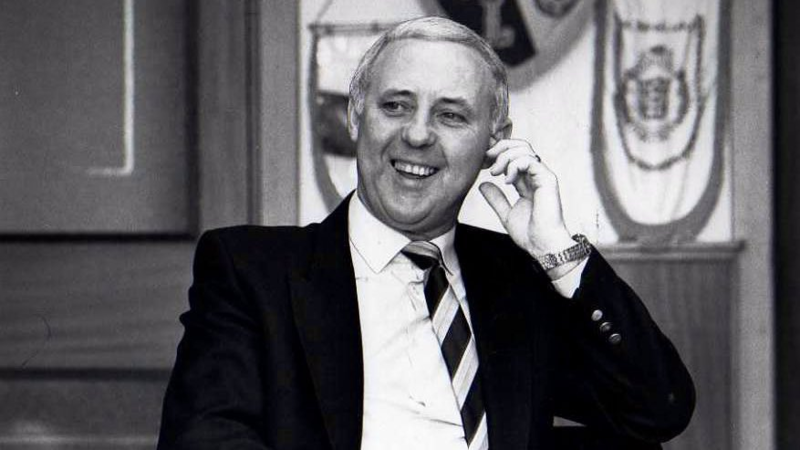 Screech AKA Dustin Diamond RIP. Succumbed to short battle of cancer at age 44

Too young an age to die. RIP.

Captain Sir Tom Moore to me reflects all that was once good in the UK. A real Officer & a Gentleman whom deserved his knighthood and his promotion in rank. I wish there were more like him in our world. Rest in peace Sir Tom, you have thoroughly deserved it and the respect and gratitude of a nation. 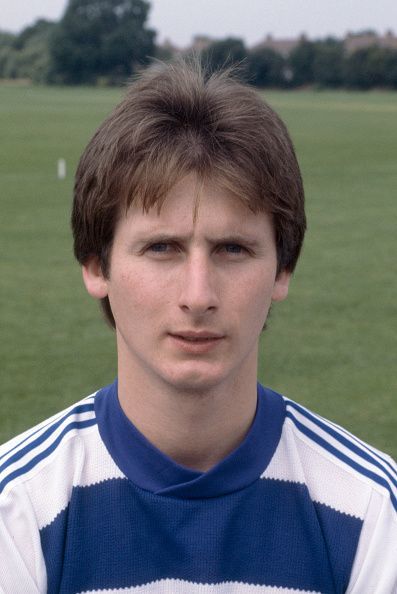 Very sad news. Met him a few times in London and in New Zealand. 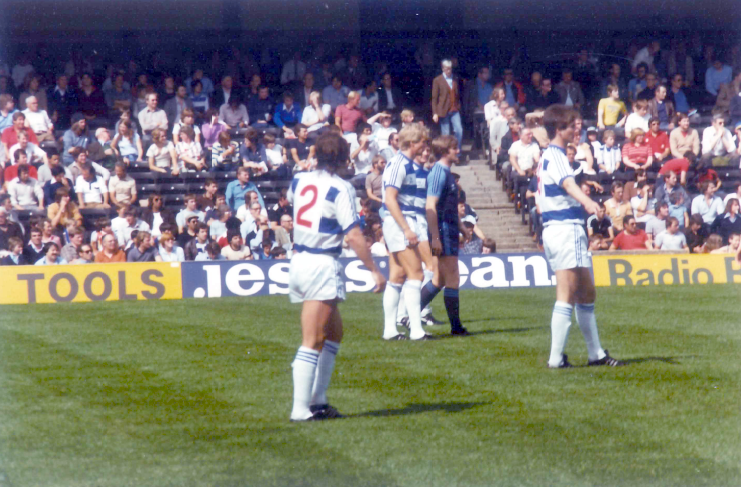 When I was a teenager, I saw him play for QPR on their 1983 tour of NZ at QE ll Park against a Canterbury 11.

QPR had just clinched the old 2nd Div. title to gain promotion to the top tier and I still remember their epic FA Cup Final battle against Spurs which went to a replay which they lost in 1982. One of the first FA Cup Finals my parents let me stay up to watch in the small hours on a Sunday morning on TV One.

A really good QPR side with Clive Allen up front - they brought their top team to NZ.

I think Roeder toured NZ again with Newcastle in 1985.

Big Pete 65
Starting XI
1.2K
·
4.7K
·
almost 14 years
Christopher Plummer, the great Canadian star of stage and screen passed aged 91 last month.
https://www.bbc.com/news/entertainment-arts-55954950
Born the same week as my dad in 1929.
Will be perhaps the most noted actor to be commemorated at the upcoming Oscars.
What a career - everyone will have seen him in a movie, no matter wht type of film you like, from "The Sound of Music" to comedies like "The Pink Panther", war movies and Star Trek.
And still going strong right to the end: he starred in 23 films in his last ten years, three in 2019 alone:
https://en.wikipedia.org/wiki/Christopher_Plummer_filmography#Film
"He won the Academy Award for Best Supporting Actor at the age of 82 for Beginners (2010), becoming the oldest person to win an acting award, and he received a nomination at the age of 88 for All the Money in the World, making him the oldest person to be nominated in an acting category."
Described as having "great old-fashioned manners, self-deprecating humor and the music of words."
With such a work ethic, Plummer had been filming his leading role at home during the lockdown for season two of aptly-named TV mini-series "Departure" (he would have relished the humour in the title and his passing away) when he then passed away:
https://en.wikipedia.org/wiki/Departure_(TV_series)

ClubOranje
·
WeeNix
230
·
540
·
over 5 years
Chris Satu, the Solomon Island U17 player at the centre of the age fraud controversy at the 2019 U17 qualifying has passed away after an illness.
Always sad to see such a young player go.

The JourneyFan
·
Starting XI
1.1K
·
2.6K
·
about 7 years
Frank Worthington RIP
Lots of clubs but mainly Huddersfield and Leicester (70 odd goals in 200 or so games)
when someone asks what you mean by a maverick player he's one of the one's you think of

newzealandpower
Marquee
1.8K
·
6.6K
·
about 15 years
Michael Collins - Apollo 11 Command Module (Columbia) Commander.
Interestingly, he was born in my home town of Rome (his father worked for the US embassy there) and died in Naples (Florida).
His biography "Carrying the Fire: An Astronaut's journey" is a great book and highly recommended to those who have an interest in space.
This leaves old Buzz Aldrin as the only surviving member of Apollo 11. How great would it be if Buzz were still alive in 2024 when the Americans are planning to put boots on the moon again (if they can make the deadline, that is).
April 29, 2021 09:20

One of my favourite English players when i was a teenager in the early 1980's and Mariner was playing for Bobby Robson's successful Ipswich side, then Arsenal and was an important player for England at the 1982 World Cup in Spain.
Mariner also played in New Zealand, first touring with England B in 1978 and then returning towards the end of his career to play for North Shore in our national league.
His second wife was from Devonport and they met while Mariner was playing here.
ESPN FC football opinion show devoted most of an episode to him the other week.
He'd appeared on it regularly over the last decade.
Mariner's best mate was Steve Nicol the former Liverpool and Scotland player who still appears regularly on ESPN FC.
It was a very moving tribute by everyone on the show who new Paul (except Steve Nicol who took time off to mourn).
Shaka Hislop had tears streaming down his face....
Bobby Almond remembers marking Mariner on his All Whites debut in 1978:
https://www.odt.co.nz/star-news/all-whites-loud-mouth-friendly-faced-fuel-boy
"the defender became eligible to play for New Zealand and soon after made his All Whites debut in 1978 against a touring England B side at the Basin reserve in Wellington. The England B side featured the likes of Glenn Hoddle, Paul Mariner, Brian Talbot, Joe Corrigan and Alan Kennedy.
Almond says Mariner was one of the toughest strikers he ever had to mark. The two had a run in during the match in Wellington, which flowed through to the second match in Auckland.
“I rushed into a tackle with him and caught him on the nose. He had quite a large nose, but it was bigger after that . . . he got his own back in the game in Auckland when he did me in a tackle,” he said.

LG
Legend
4.2K
·
23K
·
almost 15 years
John Hollins ex Chelsea, QPR & Arsenal & John Middleton ex Derby County were with that "B" team down here. I met him once when I was meeting up with John Hollins. Seemed a genuine nice guy. That Ipswich side was fantastic under Robson. So many talented players with Mariner leading the front line. Might go watch some youtube clips from back then now, just to reminisce.
July 22, 2021 22:18

For those that are familiar, he was one of the panellists on possibly my favourite television show - 8 out of 10 cats/does countdown. A great comedian.