coochiee
Marquee
2.6K
·
9K
·
over 6 years
I think Domestar said on the YF Pod that they were actively pursuing 'a player potentially better than Davila", with some mention he was Latin American. It just obviously never got over the line.
September 04, 2021 16:09
Reply Report

Don't think Domey has been on the podcast for awhile. Dave is the one who said he heard about the rumour iirc.
September 04, 2021 18:01
Reply Report

So had to look back. Was A League Hub, that touted some Latino, Davila replacement at the time.
September 04, 2021 18:23
Reply Report

However he never liked or commented on this post. Someone get Ben Waine to convince him to sign, maybe promise to trip over mannequins again
September 04, 2021 20:15 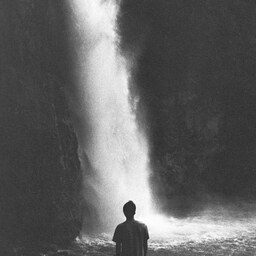 MetalLegNZ
Starting XI
1.8K
·
4.4K
·
about 9 years
I was looking forward to watching Taylor sledge him for playing for Sunderland during games... can imagine he'd throw some good banter mid game around that.
September 05, 2021 10:16

dunnix
First Team Squad
580
·
1.4K
·
over 10 years
The Instagram video has less than 6,000 views. Hardly likely for it to make its way around the world to him. Plus, he's only ever made 3 Instagram posts, so it's unlikely he's trawling through Instagram videos all day every day.

Only other clubs he follows are four of his former ones - Strasbourg, Lorient, Chateauroux and Alfortville - and Real Madrid. Call me crazy but I'm not quite ready to let go of this one.

Great replacement for Ramos or Varane, can't see their perfectly reasonable and level-headed fans having a problem with it either
September 07, 2021 23:30

billyspleen75
Phoenix Academy
190
·
230
·
over 6 years
Loose speculation earlier that Savvas Siatravanis could be an option.
He has signed with the Jets
September 08, 2021 12:44
Reply Report

NZPhoenixFan
Phoenix Academy
160
·
260
·
almost 2 years
Ufuk had confirmed that Paulsen and Old would be with the first team this season. Can they just announce them already so that we can have more speculation
September 08, 2021 17:35

RR
·
Bossi Insider
4.2K
·
27K
·
about 13 years
So the new CBA has been ratified & introduced 2 more outside the cap provisions.

So gonna need these 2 remaining visas to be rather good to compete with the teams with deeper pockets
September 09, 2021 09:15

and 5 others
Reply Report

Ufuks the man
Trialist
220
·
130
·
about 2 years
Since we haven't had any signing news and the closest was Lamine Kone, I did notice a comment on one of his posts asking him to come to the Phoenix and he has now liked it, which he hasn't done on most recent comments. Also he has directly liked or viewed 5 Nix instagram posts as recently as 2 days ago since following us but not the one of Waino falling that he supposedly followed us for and had put a like on a post 3 days previous to it. Not much to go on but I can only live in hope
September 12, 2021 22:38 · Edited September 13, 2021 01:30

The Waine thing was a gag by AV cuz that was the most viral worthy post on the page. The rest of what AV said is the important part.
September 13, 2021 08:15

NZPhoenixFan
Phoenix Academy
160
·
260
·
almost 2 years
Old will be wearing No.8 while Paulsen will wear No.40

AucklandPhoenix
Lawyerish
1.2K
·
4.4K
·
over 10 years
Kone is definitely coming, mark my words, need to watch another season of Sunderland till I die now, to see what type of player we are getting 😳
September 13, 2021 17:54

Ryan
Marquee
3.4K
·
7.7K
·
almost 11 years
In the podcast that @Ranix posted in the W-League thread, Domey says that it's proving impossible to get players (or, in the case of the Nix w-league team, a coach) through either the NZ or Australian MIQ system. So, could be we've signed players who we're trying to get through MIQ before we announce them, or have had players fall through because we've been unable to provide them certainty that we can get them into the country.