I disagree, they were dominating Auckland City and City were lucky to not concede. Difference between the teams was where Northern Rovers would squander a chance, City would score it, case and point the first goal where City scored from basically their first shot on goal. Tade was calm, took a fake shot to beat the diving block and smashed it in, whereas Northern had several chances to only score once.

Also Melville drew today with Hamilton, so they’re hardly average. From watching their game on Saturday and seeing their results, West Coast Rangers are in much more trouble. They’re more or less the Waitakere side who only avoided relegation due to the league being suspended last year
April 05, 2021 22:21
Reply Report

big ACFC fan but yeah, Rovers were dominant first half. Fell apart later as experience ended up counting, but for a large period it was anyone's game
April 05, 2021 23:24
Reply Report

Rangers are definitely going to struggle. There's just no stand-out players. Birko look decent, surprised about the results against them so far. Do I remember Probert from Springs a while ago? Good player.

Springs look good. They look wiser than they were in the past. I think Drake in goal adds a relaxing component to their defence as well.

Will probably go to City vs Hamilton this weekend, and then Springs. Or maybe I should get a life!

What's the driver behind the week-by-week fixtures? Is it grounds, council and cricket?
April 07, 2021 16:34
Reply Report

From what I’ve heard Auckland Council wanted a four week window between summer and winter sports to help the grounds to recover.

That being said, I’m fairly sure the entire draw has been done for several weeks, and was available for the teams, but just hasn’t been officially released and is probably subject to some changes. I’ll try get a hold of it if I can.
April 07, 2021 16:55

He’s spoken publicly about his dislike of the current rules around the limits on foreign players and the under 20 rule, so maybe he just doesn’t want to coach in a league where his player choices are limited. Manukau only have 1 point from their 5 games so might have been that it was better for both to go separate ways.
April 24, 2021 10:21
Reply Report

carlind
WeeNix
790
·
600
·
over 1 year
Watched Northern Rovers again (watched all games except the Melville away game) and man they just keep disappointing. 3-0 loss to Eastern Suburbs this afternoon, making it 3 games (0-3 ESAFC, 0-2 Manukau, 0-0 Bay Olympic (who have since conceded 7 to Hamilton and 3 to West Coast Rangers)) since they last scored (2-1 home defeat to Auckland United) and they just look incapable of scoring. So frustrating to watch, the front three was Adam Dickinson, Andrew Abba and Malcolm Young/Jayden Englefield and none of them looked like troubling Ruben Parker.

Suburbs just controlled almost the whole match, despite having 17yo Aaryan Raj and regular striker Stephen Hoyle as a centre back pairing. Every time Rovers would get the ball with the keeper they would just either punt it out or back to Suburbs. Eventually the pressure cracked and Dowling curled one first time into the far top corner, and they added a third a couple minutes later.

It’s so frustrating, the whole idea of the amalgamation was to make a club that would rival Auckland City and Auckland United and bully the Shore by having best facilities, coaching, players and then that would act as a vacuum to attract more good players. It hasn’t happened though, Forrest Hill had a better squad and were in and around top 4 last season before Covid stopped the league, and Birko and North Shore have better squads. The football has been average; 4 goals in 7 games this season, and they sit in the relegation zone above only the hopeless West Coast Rangers. What’s more is that there aren’t even any youngsters in the reserves putting their hands up, except for the young goalkeeper Regan Diver who was in the NZ U20 camp, as they have lost all their matches too.

Also seems to be a disconnect with the coaching, as Dickinson is supposed to be the coach, but is playing so match management goes to Kane Wintersgill, which means they get in each other’s way coaching-wise.

It’s worrying because what was supposed to be a mega-club and have players who would be fringe All Whites, and be major players in the national stage, could well be playing in Div 1 next season in things don’t change very quickly.
May 01, 2021 18:19

Yeah, he’s a good target man and can hold the ball up well but hasn’t really looked like scoring recently and spends a lot of time complaining to whoever will listen. He also looks to have negative body language which seems to rub off on the team, they never looked like they would win today and were quite lucky not to have received a booking or two for dissent
May 01, 2021 21:08
Reply Report

lthomas20
Phoenix Academy
330
·
390
·
over 1 year
Question for those of you who regularly watch the league, as I'm on the other side of the country I haven't see any with my own eyes.

What are your assessments of attendances for different teams this season? Even give estimated numbers if you can. And how does it compare to last season?
May 13, 2021 16:37
Reply Report

pickledmyself
Phoenix Academy
85
·
290
·
almost 4 years
Auckland United would be getting at least twice as much as Three Kings. Auckland City getting much more than Central. Similar numbers at Manukau IMO
May 30, 2021 08:44
Reply Report

20 Legend
First Team Squad
620
·
1.5K
·
over 13 years
Thought City were a little bit lucky over the weekend. They were definitely there for the taking.

Optimist
Phoenix Academy
39
·
230
·
almost 9 years
In an attempt to breath life into this thread, some prediction for matches 2nd & 3rd July:

Auckland City v Northern Rovers - 7:30 kick off, (Friday night match) at the Croation Cultural Club
Rovers to start with a hiss and a roar - as they usually do to take an early lead.  Then fitness to kick in and AC to come home with a wet sail for a 3-1 win.

Balance of matches kick off at 3 Saturday 3rd
Eastern Suburbs v Bay O
While 3 plays 7 there is only 3 points separating these 2 teams, (7 teams within 4 points of each other - the league is tight).  Home ground advantage is the difference in a tight encounter, 2-1

Manukau United v Auckland United
A battle of the South Auckland United's.  Manukau pushed AC hard last week, and predict they go one better this week with a 3-1 win against their cross town United rival.

Birkenhead United v West Coast Rangers
West Coast have been pushing hard, but are lacking in a couple of positions when the pressure is on.  Birkenhead to hit their strides and take a comfortable 4-0 win with a player hitting a hat trick, Grieve or Issa?

North Shore United v Western Springs
Springs bounced back with a hard fought draw against Eastern last week after a shock loss the week before.  Western to continue the momentum with a close but comfortable 2-1 victory.

Hamilton Wanderers v Melville United
Battle of the Tron.  The word is Hamilton are tough to tip over at home, but Melville will not find playing "away" as tough as Auckland based sides.  Expect the match to be tough and close - too close to call, Hamilton to have a 3-3 draw 2 weeks in a row.

The second round in a row with multiple drawn outcomes.

Other than the run away leader, AC on 37 points, position 2 down to position 9 is covered by only 7 points.  The table is tight.  Teams have a week off for another Chatham Cup round this coming weekend. 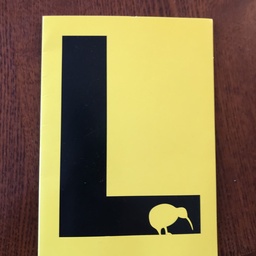 Real Football
Trialist
6
·
25
·
about 1 year
So WCR off the bottom of the league with a win over Melville (odd result or what happened ?)

Big story has to be the failure of the Big Premier merger Northern Rovers Can’t  buy any more players now sure they’ve still got games to fix it but how’d they end up in 12th with a Master plan of greatness ??
I guess Bazeley is spending most of his hours at Fencibles (in promotion hunt ) and Suburbs ??
Or who got conned for a share of that salary (sorry he’s Danny’s assistant at Olympics ) yes yes I know he’s not the day to day Mens coach but Dicko and co have been around maybe get David  Mulligan in as an Extra pair of eyes ?
Manukau got away by another 3 points with some continued form reversal beating BayO who’ve faded of late (and they spent in preseason not be this end of the table as well ) .
Interesting week all round even Hamilton letting 5 in v Auck City I thought they’re supposed to be in a National League place come end of season ??
July 18, 2021 07:54

lthomas20
Phoenix Academy
330
·
390
·
over 1 year
Auckland City are just a step above the rest really. Will stroll to the National League title.

Nice to see ESFC looking more and more likely by the week, had a mildly rocky start but IMO they deserve to compete in the National League as a club.

As for the other spot, who the heck knows? Hopefully it's Hamilton or Melville cause four Auckland sides would be a bit bloody boring.
July 18, 2021 10:04
Reply Report

CactusJones
Phoenix Academy
100
·
370
·
over 7 years
I posted this in another thread, but unsure if true. Heard a rumour that after the Northern Rovers merger went through, Dicko kicked all the Glenfield lads out (Tommy Webb, Jay Bracken, Ben Gordon, Aj O'Toole) and a number of others.

So it was basically Forrest Hill + Quinlan, Diamond and a couple of others.

So that could be a factor as to why NR are near bottom if you rate the Glenfield team of 2020 who were in the hunt for promotion in NRFL Div 1.

Doloras
·
Opinion Privileges revoked
2.7K
·
8.9K
·
almost 13 years
This situation seems a bit familar. When Onehunga Sports women got promoted to the NRFL Prems, then the Auckland United merger went through, the OS women were told they were surplus to requirements (they're mostly now still playing as OS in the NRF Championship).
July 21, 2021 17:47
Reply Report
New Reply
Previous
2
Next