Thanks! I've been looking for something to watch while on quarantine. Since they cancelled most of the football events this year, now would be a great time to watch documentaries.

Watched the first two episodes of S02 of Sunderland till I die this arvo while my wife worked in the garden with junior and baby slept. Man it's such a good doco, I really love it.
I've always wondered what it would be like to support a football club in the UK. They're just miles away compared to Italy (in terms of atmosphere, infrastructure, fan engagement etc).
Hopefully I'll watch another episode before bed tonight

Not a doco, but there is movie called Ultras on Netflix, centred around a 'fan' (hooligan) group of Napoli.

Omg I grew up with that movie! Might watch it again. Claudio Amendola, one of my favourite actors, had his big break with that movie.
Interesting tidbit, his father Ferruccio dubbed all of Sylvester Stallone's, Dustin Hoffman's and Al Pacino's movies into Italian for decades until his death in the early 2000s.
He was the voice of most American stars growing up.
When I moved over here I had no idea how lost of these guys actually sounded in real life.

Omg I grew up with that movie! Might watch it again. Claudio Amendola, one of my favourite actors, had his big break with that movie.
Interesting tidbit, his father Ferruccio dubbed all of Sylvester Stallone's, Dustin Hoffman's and Al Pacino's movies into Italian for decades until his death in the early 2000s.
He was the voice of most American stars growing up.
When I moved over here I had no idea how lost of these guys actually sounded in real life.

And yeah also in Latin America nearly all of the movies are dubbed (apparently mostly by Mexicans as they speak a very neutral Spanish), so likewise many of the locals have no idea what the famous Anglo actors really sound like.

Oh right... Probably won't bother with the replay. Haven't watched any Italian TV for ages.
The likes of Suburra or Gomorra started off OK but then sort of went downhill. Loads of good us/UK/foreign stuff on netflix anyway

A Doco on Kenny Delglish  including insight into his role and response to Hillsborough. https://www.bbc.co.uk/programmes/b0b57pqy    Kenny - The Movie

Looks like its finished - Can't find on  Sky Guide.    So https://www.youtube.com/watch?v=QUPQSy_ycIM EDIT Not the Same Kenny

12 hours ago - Sir Kenny Dalglish has left hospital after testing positive for coronavirus, and thanked the “absolutely brilliant” NHS workers who treated him.

Oh right sorry got it now

I'll sound off like a broken record and recommend this doco too! :)

I'll sound off like a broken record and recommend this doco too! :)

Some brilliant stuff on that page, thanks KM. That's all the stuff that got me hooked on football, even more than i was.

hehe yep, that's why we were so keen to tell the story.  Maybe one day we'll get what we need to release it too.

This isn't exactly doco, but still a good nostalgia kick if you've got spare time!

Believe is a 2013 British sports drama film directed by David Scheinmann. Set in Manchester in 1984, it stars Brian Cox as legendary Scottish football manager Sir Matt Busby, who comes out of retirement to coach a team of young working-class boys captained by the talented but unruly Georgie Gallagher (played by Jack Smith).[1] The film also stars Natascha McElhone as Erica Gallagher, Anne Reid as Jean Busby and Toby Stephens as Georgie's prospective headmaster.[5]Believe was released theatrically in the United Kingdom on 25 July 2014.[2] Just need to find it now

I watched a documentary on Youtube last night about Laurie Cunningham. Just go onto Youtube and search Laurie Cunningham documentary. Its only 44 minutes long. Brilliant story about being one of the first black players to make an impression in English football and the prejudices he faced with fans. A great story with stories from a lot of ex players. Well recommended viewing.

yeh that one is excellent.  He also featured prominently in one called Black Flash, which was the history of black players in Britain - not sure if that's on Youtube but it's pretty good.

There's also a cool one about Magico Gonzalez - worth a look :)

A Netflix documentary of Nicolas Anelka is coming out in early August. 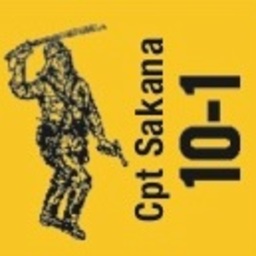 I had this on VHS when I was a teenager, just rediscovered it again on YouTube.  It was about my favourite player so I thought it was awesome, but looking at it again, probably one for the purists/nerds :)

newzealandpower
Marquee
1.4K
·
6.1K
·
about 14 years
Has anyone seen Divin Codino (The Divine Ponytail) doco on Netflix? It's about the life of Roberto Baggio. I grew up watching him and read two of his books. One of the greatest ever. Can't wait to watch it when I have an hour or so to myself
June 01, 2021 16:27
Reply Report

newzealandpower
Marquee
1.4K
·
6.1K
·
about 14 years
You're right but it did come with pretty good wraps from the Italian media (apparently Baggio himself really enjoyed the movie).
I just finished watching it and it was very good! I know a lot about his life and the movie was spot on about many details. I especially liked how they recreated some action shots from important games and how the actors were made to look like the real players (there's a shot of Dino Baggio (no relation to Roberto) which is incredible.
I also enjoyed how there's virtually nothing about his career with the likes of Juventus or Inter Milan but the movie focuses on key events in his life that go above and beyond his career achievements.
All in all, I'd give it a very solid 8 out of 10!
June 04, 2021 21:59
Reply Report