Listen: In The Zone Episode 27 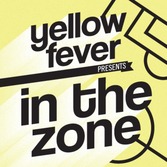 Episode 27 has the pod talking about the Phoenix's last preseason game against YoungHeart Manuwatu, chatting to Ricki Herbert, Rob Morrison and a plethora of players in the lead up to the season opener on Saturday, and previewing the other four A-league games, including the Wanderers' import spot scandal. In New Zealand football, the Young Football Ferns bow out of the U17 World Cup and the team reviews Kiwi's flying the flag overseas. And locally, there's a wrap of ASB Premiership gossip.