You're a big lad aren't ya? - Tales from the road.

Hamilton – Home of the ham bap. I’ve been asked to talk more about the ham bap because apparently it is such a feature of the trip. Basically it’s like this – a bap, some coleslaw, a whole lotta fresh off the bone carved ham and a swirl of mustard. I must admit it’s pretty delicious but my travel companions seem to think it’s like the Holy Grail. We had a bit of time to kill before the first match of the day so we headed to Waikato Museum to check out the Football World Cup exhibition. It was really good. Loads of memorabilia, and plenty of stories ranging from the origins of football, to World Cup’s, sponsorship and then local Waikato football. Best of all, it was free. I urge anyone in the area to check it out.

We got to the ground and (surprise surprise) the boys got ham baps. Qatar v Portugal and Senegal v Colombia was on offer. Portugal put 4 past Qatar and there was a 1-1 draw in the second match. I’m gonna assume you saw at least highlights of the games and focus mostly on the travel shenanigans (or lack thereof). It does have to be said that the beds in our Hamilton accommodation are FAR superior to those in our Auckland digs.

On the journey south to New Plymouth on Thursday we saw our first crash of the trip. A massive truck had taken a corner too quickly (we think) and was on its side. The passenger had a cut on his hand but no one was taken away by ambulance (or worse). Thanks to a friend we got VIP treatment in New Plymouth, and got a chance to eat real food (as opposed to the service station/stadium food we’ve lived on thus far). It’s pretty sweet up in the VIP lounge. They really want to be helpful and impress. I can confirm that they were most helpful and definitely impressed us. Dave was less impressed with a gentleman who shared our table for dinner. We’d all sat down and started making a bit of small talk about how we got in the VIP lounge and where we were from, when the man said to Dave “you’re a big lad aren’t ya?” Cue massively awkward pause…then he backed it up with “you should play rugby with those shoulders” or something to that effect. We stuffed ourselves full of free wine/beer/cider and copious amounts of food that was on offer. For those of you interested there was roast beef, lamb shanks, duck confit, yellow chicken curry, and some salad. It was AMAZING. I definitely recommend the VIP treatment if ya can do it. The only disappointment of the day was that my favourite Hungarian, Tamas, was shown a red card very early in the game and meant I had to give up perving. Well I gave up for a little while coz not long after the red card we were joined by the referees from the first match, some rather attractive Argentinians (and Matt Conger but well…….).

Friday saw us back on home turf, albeit for about 13 hours. Austria v Argentina was first up and I was quite excited to see Argentina play. I was disappointed. All I saw was a big red Austrian bus parked up. Literally a 5-5-0 formation. We then got to witness an incredibly surprising result in the Myanmar v New Zealand game. It was FREAKIN cold during shirts off but it had to be done. I’m very excited to be able to watch the boys play again this tournament.

We had a 4am wake up on Saturday morning ready for a journey to Hamilton. We left Wellington at around 4.35am. We made it to Tokoroa and we were in time for a second breakfast at McDonalds (we didn’t go for it). With the first match at 1, we had no time for a proper lunch but thankfully they were serving delicious ham baps at the stadium. Senegal finished 2-0 up over Qatar and there was a 1-1 draw between Mali and Uruguay. The Uruguayan fans rivalled Colombia for noise and colour. I THINK I’m gonna say the Uruguayans edged them to be fair.

Today we saw Hungary and Nigeria fight for 2nd spot in Group E. It wasn’t really much of a fight but Nigeria took it out 2-0. We were back in the plebe seats for this one and decided to pass on the food options (mostly coz there was no ham bap).

We head back to Wellington tomorrow for a few days rest after 16 games in 8 days. Well the boys will be resting, I’ll be working. Back into the football on Wednesday night with the first of the Round of 16 matches.

1 – There’s not been many interesting things going on in “What’s in the trailer?” In fact the other day we resorted to a game of “Where in the world is Jeremy Brockie?” That lasted all of about 2 minutes when he answered us on Twitter.

2 – Do you brush your teeth in the shower (while you’re showering) or over the sink pre/post shower?

3 – Does anyone have an easy way to remember left and right (that’s not as obvious as holding up your hands)? I’m struggling massively and as chief navigator it’s becoming quite the issue. 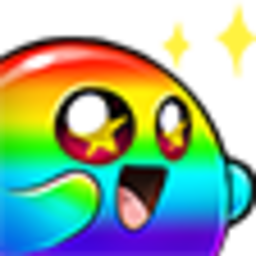 Do some people brush their teeth in the shower? That's weeeeeird. Sink all the way.

Picture yourself holding up your hands on your head. That's how I taught myself to do it.

Driver is on your right Trace.

Think of left as port and right as starbord.

I should have left before this (wedding ring) happened.

Not getting married (no ring) would have been the right thing to do.

This works unless your Greek, Bulgarian, etc who also may wear a wedding ring on the right hand.

Yellow fever and all lots of the roads are built for the improvement of the turns for all offers. The ornament of the fever and 123helpme com is assumed for the direction for the fixing for the goals. Master stock is done in the mid of the yellow roads and parts for the citizens.