Alrighty, who's keen to go again?

Although no fixtures have been released yet, they have announced that the first fixtures are expected to be played on Sept 12, so I thought I better kick the thread off.

Ronniemac and I have been in discussion and I have a new and simpler format to propose!;

For each game we pick, you pick the winner, and a margin of either 1 goal, or 2+ goals. Or you can pick a draw with no margin.

The thing ronniemac and I were debating is the points awarded for a draw. I suggested 8, ronniemac suggested 5. He thought if it was 8, then people will sit on the fence all the time and pick the draw. I thought if it was 5, then no one would want to pick a draw. Keen to get feedback on that?

In addition, you would pick ONE player for each game for your predicted man of the match, and if you get it, 10 points.

So it would be a simpler process. For example,your picks would look something like this;

So if people could first post and register their interest, and advise the team that they support, that is the starting point.

Then give some feedback on this proposed system, including how many points you think the draw should be, and also any other ideas/criticism you have.

- Please don't decide not to play in fear of dropping out later. I'd rather you gave it a crack and then dropped out than just not play at all. I will never be critical of that, I just want to encourage participation

- I will do the preseason predictions as well like normal, that's always a bit of fun

- I reckon we will probably do the "everyone pay the winner $10 each" thing again, as a wee bit of an incentive, unless there is a consensus that we don't want to, I'm easy either way

- I may run the team comp alongside again, but it will depend on the entries i.e. we really need 2 or more players for each team supported to make that work, so will see how it plays out

I'm keen to give another season a crack.....Arsenal.

I'm in for more punishment.... Arsenal

As for the scoring, I'm kinda between both of you. What if it was 8 points for result+margin and 6 points for correctly calling a draw?

Thanks guys, that's 4 entries thus far, meaning it will go ahead! That's a start.

Definitely merit to that suggestion kwlap. I might go democratic on this points-for-the-draw thing now.

So we've got 3 opinions so far:

I'll see how other opinions come in...

6 point for a draw

Ok, 6 entries so far, and the voting for draw points stands at;

It's actually scary how quickly this is upon us.

The community shield game is next week!!!!

So we're looking at Sept 12 for the first match in our first round of games, that's 23 days away.

I might set the end of September as the cut-off for pre-season picks, which gives me a wee bit more time to post them up.

We have a tie in our voting between the draw being 8 or 6 points.

I'll give it one more week, then see what the deal is. Being the organiser I might just get dictatorial if it's a tie ;)

Alrighty lads, we have 6 locked in for this season and not much noise around anyone else... the number of players directly corresponds with the amount of effort so it will be a smoother ride for me this season ;)

If there are no more votes on the points for the draw then I'm going to use my additional privelege vote as organiser to break the deadlock, and we'll go with 8 points for correctly picking the draw.

Season starts 2 weeks from tomorrow. I will post up the first few rounds of fixtures in the next week, and also the list of pre-season picks to make. Pre-season picks deadline will be September 30. 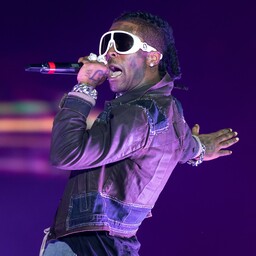 I think 8 points is fair for a draw since you are technically picking the margin as 0 and getting it correct.

So the comp is fattening out a bit, nice.

Will post the pre-season predictions soon, and the first few rounds for picking.

So now we have our new system, where you pick your winner, and a margin of either 1, or 2+. Or you can pick a draw. And for each game, pick your MOM for OUR teams (Chelsea, Arsenal, Liverpool, Wolves). This will be awarded to the highest rating individual for our team in the game on whoscored.com.

Hope that makes sense, let me know if any questions or clarifications.

So for Round 1, please make picks as per the following;

Here's my Round 1 picks as an example:

Ronniemac's daughter is gonna get amongst it, bringing total number of players to 10;

Here's my season predictions too.

Hey Leighbo, we'll do the "lowest score minus 5 points" thing for 2 rounds as the leeway for the occasional forget.

Alternatively, you could make your picks for the final two games tomorrow, and perhaps salvage something...

Also, PROAK, competition entry noted, will add you in!

That is a pretty pathetic excuse.:)

The final Round 1 games get played tomorrow.

Just to get ahead, these are the next rounds for picking:

Unfortunately the fixtures are not confirmed any further than that, so will put up the next lot when they do get confirmed.

That is a pretty pathetic excuse.:)

Give me a break! I had to go to Hamilton FFS - yuck.

I'll post my round 3 picks after these games get played

I'll post my round 3 picks after these games get played

Alrighty, just getting used to this new spreadsheet (thanks again Ronniemac!).

Due to simplifying the points and making it easier for me to score this season, I am dropping double points derbies.

AND, when two of our teams play eachother, for example Chelsea v Liverpool this weekend, you should only select ONE man of the match. You can select from either team.

Can those who have already selected two, please edit your post and delete one of them? That's leighbo, detoxin, kwlap and azzamac... if you dont make it in to do this, I will flip a coin on your behalf...

Where do we do our season predictions?

I havent got em up for you yet! Hold fire, wont be long

Please state your picks for the following, by midnight Oct 6 (closure of transfer window);

Bottom 3 in any order