Closed for new posts
Previous
63
Next 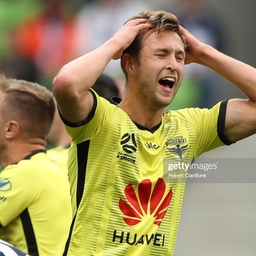 NZPhoenixFan
Phoenix Academy
280
·
390
·
over 2 years
Seems like we're heading for another off-season rebuild.

Most likely departures so far according to recent news:

Yeah feel these 'Outs' are probably all on the money except Sutton. Despite his poor game last night, he's had a very good season and will be generating some interest overseas. But still has 2 years left on his contract. No hurry for Nix to look to sell him for a fee.

Another season developing in the ALM, under Talay, where he will most probably be a locked in starter. A full proper home season, alongside his mates Waine, Old etc. No hurry, for either club or player.

Big list but it’s all achievable and if done right (which Uffie seems to do when covid isn’t absolutely wrecking his recruitment opportunities) we could well be a title challenging team.
May 15, 2022 02:01

siac
First Team Squad
1.2K
·
1.6K
·
about 15 years
Pijnaker hasn't played a lot of senior first team football; surprisingly little seeing as he always looks capable for NZ teams. Would be good for him to get a season in the A League and regular first team senior action.

Also can't see Rojas coming back he seems to like living in Melbourne and saves his best for MV.

Champness seems capable talent wise and more a case of if he mentally is up to committing a full season with no issues based on his club history; others who have played with/coached him will know best, from a fan perspective I'd like him at the Nix seems like a guy Talay could really improve similar to Sotirio.
May 15, 2022 08:34 · Edited May 15, 2022 08:39

Ryan
Marquee
4K
·
8.1K
·
over 11 years
Talay said in the post match press conference  that we have 14-15 players signed and we're looking at a few visa players but are not in a hurry to sign them. Also, the biggest gap this season was no goalscorer.

If we look at the players who are out of contract, the only ones I'd keep are Sotirio and Piscopo - but even then, Sotirio is replaceable and Piscopo is patchy and injury prone. He also, apparently, doesn't like Ufuks system and would prefer to play a role where he has to defend less.

I probably wouldn't keep Sandoval, I definitely wouldn't pay a transfer fee for him or pay him what he'd be on at Chivas. Hooper is looking really slow and unfit and while I was happy to have him back, I'm glad he's not around next season.

MetalLegNZ
Starting XI
2.2K
·
4.7K
·
almost 10 years
If Sandoval is cheap enough, I'd keep him. He has been on loan his whole career it seems. I think he would like a 2 - 3 year contract where he knows he will get to play.

ballane
Marquee
2.6K
·
5.4K
·
about 15 years
Dont think it matters if its early as long as its someone who will fit Talays systems. Hopefully with us being home he wont have to much of a problem attracting players look forward to him at last assembling the squad he wants and us being able to be a genuine threat.

Sandoval started with a hiss and a roar but in the end showed that he just wasn't exactly what we needed. Admittedly having to play centrally for a large chunk of the season didn't help. With a long off season and borders open again, I think we can find a better fit.
May 15, 2022 12:07
Reply Report

It’s the world’s longest off season. Uffie will take his time to get the visa signings right.

Next season starts October. As long as they arrive sometime September at the latest. And that’s still months away. Borders fully open is going to make it alot easier, non visa waiver countries being able to enter NZ from August 1st
May 15, 2022 12:31

A good chunk of the squad is locked in for next season with 15 players contracted for 2022-23 already, giving Talay strong foundations to build on.


Veteran striker Gary Hooper is the only player the Phoenix have confirmed will be leaving while McGarry and Jaushua Sotirio have been strongly linked with a move to Newcastle Jets and standout goalkeeper Oli Sail and midfielder Reno Piscopo have both attracted interest from clubs in Europe.


Talay said a striker would be top of his shopping list in the off-season as he felt the Phoenix lacked a prolific goalscorer to really challenge for the title.


Hooper was supposed to be that player but his season was hampered by numerous injury setbacks and the Phoenix never saw him at his best.


They will also need to strengthen in the middle of the park with captain Alex Rufer set to miss most of next season with a long-term knee injury.


“To get to the next level for us, it's consistency with the players. We probably lacked a goal-scorer this season.


“We shared the goals around with a few players but we lacked a real clinical player up front and that's something we're looking for.”

RR
·
Bossi Insider
5K
·
29K
·
almost 14 years
I have previously mentioned Buhagiar as a Sotirio replacement but I've been talking myself into Ibini as a good option. He has been really poor for WSW but he has pace, power, experience & impact off the bench + his stocks are at an all time low. He thrived under Arnie, so could do well under Uffie.
May 15, 2022 17:16

Of the two it's Buhagiar or bust for me. If we get him, then OVH becomes the option off the bench as the long term development project.

Can't see Uffie moving away from the preferred 4-2-2-2 setup either so he would be the most like for like player we could get when Jaushy hops on the Jets plane.
May 15, 2022 17:37
Reply Report

Mainland FC
Marquee
2.6K
·
6K
·
almost 12 years
Early days and I do not think we'll see any new signings until our current team decides to stay or otherwise.
I get it that some here are calling Sotirio "replaceable" , Piscopo "inconsistent", and Sandoval "not what he promised". Ultimately I think a lot of teams learned how to isolate Sandoval and kick him to death, just as as much as Davila sufferred last season.  Sotirio might be replaceable but he can also be an even better player next season under a good coach and I hope it is under Talay.  As for Piscopo, he is as much a Melbourne boy as Rojas is now, but Piscopo has not developed the hard edge as yet which would make him into a match winner, and can be a bit of a primadonna (goes with the talent though).  Both Sotirio and Piscopo are replaceable but not that easily.
If Sandoval goes somewhere else next season we need a good playmaker that he almost was for us. I think he was decent if unspectacular; if he was a local guy you would be singing his praises. I wish him well wherever he goes next.
May 15, 2022 19:07

Friar Tuck
Phoenix Academy
630
·
420
·
over 4 years
If he was local he'd be in Reno's spot and we'd have an even better import AM to boot. Whilst I do think he's a quality player and I'm glad to have had him, our imports need to consistently be the best players on the pitch. Gael was close, but never quite found that level. Here's hoping we can bring in an absolute x-factor player (Christian Cueva is off contract... nah probably too expenny) and dominate the league.
May 15, 2022 19:25
Reply Report 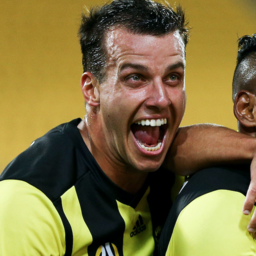 Tomer Hemed been released as well, surely we in his ear again.

Bring in fellow Israeli Nir Bitton from Celtic, confirmed to be getting released.